It's not very often you see race foil reviews.... I think mainly because it's easy to see what the top guys are on in the world foil series and make your own mind up.

I bought the 2019 bionic 3 months old from another guy, who said the moses rode better after riding the bionic. Once I had the foil in myu hands and wings mounted, I could clearly see there was a manufacturing issue - the fuselage looked like it had shifted while getting machined, and the flat rear stabiliser mount plate, was flat on two different angles. Result of this was the rear stab was on a 10 degree lean vs the front wing once done up.

I tried modifying it with some success using an angle grinder ( It's stainless steel and basically unsandable and unfile-able ) , but after an e-mail to levitaz they sent out a replacement free, which mounted normally.

The build quality and precision (apart from the first one ) , is good. The 110 mast almost had no pin holes, except for the area around where the fuselage mated and is very stiff.

Ride wise, the foil seems to get up at around 10 kts, and on the first session I had it up to 25kts, needing to put the bigger ( 30 or 45 ) shimm in and also shift the stance position forward which I'm yet to try.

Compared to my aluminium alpinefoil - it feels very planted and solid through the water except for the pitch. The pitch control is sensitive and I think needs a wider stance to help control it and keep it in the water... I also found the freeride kites are less forgiving on this foil ( If needing to pump them ) because of the increased pitch sensitivity at low speed. No comment on gybing or tacking yet as I had the stance set too far back and dare not try today. It is definitely harder to turn sharp and prefers more to track in straight lines than the freeride, it just feels like it has more inertia underwater when you try move it, and sharp turns don't happen.

The longer 65cm free ride fuselage is much less pitch sensitive than the 55cm bionic. But the short fuselage is better in chop as it very quickly adjusts height of the foil.
I haven't mastered gybes yet, riding it toe side is difficult and I'm not good enough yet high speed foot switches.

Are you on the short or long fuselage ?

I found it was ok enough to use if the kite was parked, but due to wind I had to occasionally pump, and if I did that then there was some tap dancing needed.

Need some good conditions to push it next time.

I use the longer fuselage as I only ride the Bionic in lighter wind with a 12 mtr Soul so have no need of the quick reactions of the short fuselage. Mine is an older model, came with the V stab, which is very hard to use, upgraded to the new Bionic stab and is now a great ride.

I tried to ride mine on the Raze board with the plate set to neutral, but I found that I was leaning off the back of the board.... what shimm are you riding on the rear? and where abouts is the mast mounted... forward a little of the rear foot?

I have my rear foot behind the mast, on my North 4'10 profoil board the mast is mounted at the front of the tracks. My straps are spread as wide as the board will allow. I currently have no shim at the rear and the ride is neutral at speed but I'll probably add a thin shim to get I little more front foot pressure.

Went out again today, with the stance changed, but I loosened off my foot straps which turned out to be a critical error.... what sort of speed you get with the long fuselage? ..... I'll readjust the straps and give it another go.... it does seem very hard to ride above 25kts due pitch

Your doing ok, I'm doing runs up around the 27 knots but finding once you pass the 25 knot mark tuning is everything and I'm still changing my setup and learning as I go. The shorter fuselage is quicker in chop, but harder to use. I don't think the longer fuselage is any slower but makes the foil a pleasure to ride.
i spend a lot more time on a surf foil, only using the Levitaz in the light stuff.

I only use the Bionic in 12 knots and under, that's when the water is smooth enough to actually enjoy it. Otherwise I'm on a surf foil. I have used it on a 7 mtr but not much fun, the 12 Soul is the smallest kite I use with it,

Controllable at 27-28 kts. I have the mother of all humms though. Starts at about 22kts, then at 25kts it changes up a note, and at about 27 kts it changes again to a very high note !!!

I then discovered that when I connect the front foil together, if I push the fuselage hard forward into the mast, and connect the most rear stainless bolt on the stainless bar first done up hard - while pushing the stainless piece backwards ( hard against the mast ) somehow that has taken out all of 0.5 - 1mm gaps that were at the front and rear of the stainless bar + front wing to fuselage. Don't ask how this worked.... it just did... for me.

Did a few crash tacks and gybes ok... just need a little more speed. Starting to like it now !

What do you think of my secret spot :) 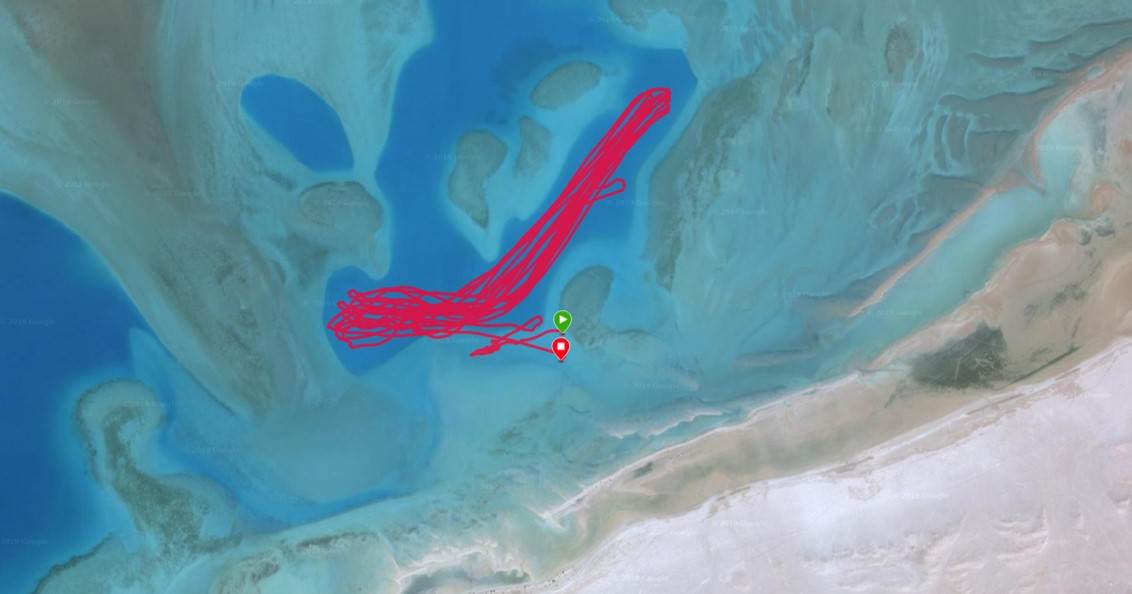 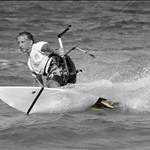 man, what a spot!

I followed the vid and it reduced mine, but it is still there though it is only very slight. Mine reduced the most when I worked on the tips of the rear stab. I guess the very thin stabs are prone to it if the water release from the trailing edge isn't absolutely perfect.
the 2018-2019 Naish rear stabs have a similar problem, their fix is to sand the underside of the stab (low pressure), and maintain a sharper edge , not round it. It worked but there was always a slight hum even after modification.

I ve been riding mine since the beginig of july, I got an older model with a 61cm fuselage and the new stabilizer, and at the moment I have it mounted on a custom board at 17.5cm from the back, and I am using a 65 cm stance.
I got it as an upgrade from a Banga.
At the begining I had a little trouble finding the optimum position for going upwind, but I found out that with a bit of front pressure the foil gains a lot of stability and speed whilst keeping great angles. I generally ride it in Either Souls or Sonic Race kites and I manage upwind speeds from 22 up to 25 knots which I find pretty decent.
My problem with the foil is on the downwind legs, as once I get above 27 knots the pitch of the foil becomes very unstable, and when I go above 30 knots it becomes downright suicidal unless you edge the board which tends to be a very scary experience.

That is the exact problem that I have. Interesting that you have the same problem, with the longer fuselage, I thought maybe the longer fuselage or the bigger rear stab would offer more stability. Now I think I will put money on the issue being the screw heads cavitating at high speeds and making the rear stab unbalanced, which is effecting pitch.

Next time I head out, I am going to put the cheese wax in all of the bolt holes , and see what I get. With my aluminium alpinefoil, I went from about 27/28kts, straight up to 31kts.

Also spoke with another guy who has riden a bionic and says 33 kts is near the top - bear in mind the bionic is a large foil, so I have since ordered the Aspect HW which is significantly smaller and more stable in chop / high speeds.

Same here, I find after you reach 25 knots downwind you really have to start concentrating as the foil does seam to loose some stability. I've filled and sanded my wings, better but not fixed, will be interesting to see how you go with the filling of the screw heads.